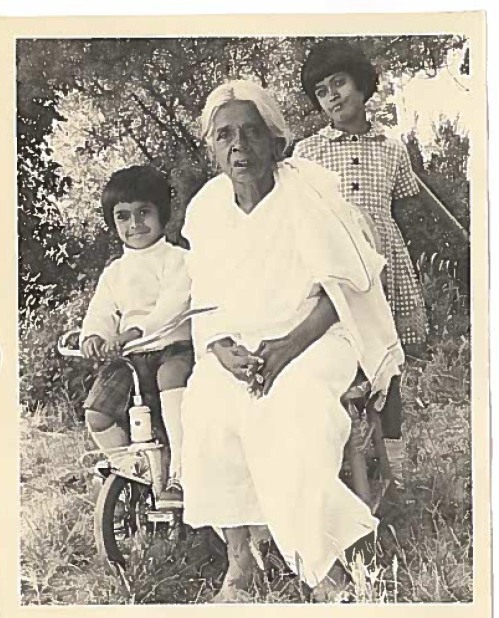 Here’s an article I recently wrote for an online women’s writing website.

Thanks for reading and be well. 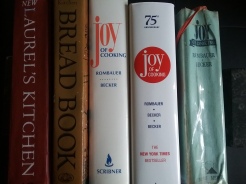 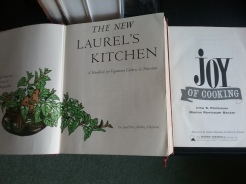 For those of us cookbook lovers, a recipe book is an old and faithful friend with a million memories trapped between the stained pages.

Long before the internet, we “old” cooks depended on cookbooks for ideas, measurements and recipes.

Sometimes a (cook) book is a life-changer. The Laurel’s Kitchen cookbook was a pioneer in promoting vegetarian cooking. Even though it was first published over 40 years ago, the message and recipes never fail to inspire. In fact, I recently made homemade hummus and used the seasoning technique for “Soy Spread” from the book. The result was a totally addictive and tasty spread. Some things just never age!

Whenever friends or family see me in the kitchen, they always want to know whether I received professional training. The truth is I learned by watching some very talented cooks. Laurel, Gale, Sultana, Sarah, Sandra, Diane, Carol and many others taught me that cooking was more than just putting together ingredients.

Together we cooked with grace. We washed, chopped, diced, sautéed and boiled with one-pointed attention and mindfulness. I learned that healthy food prepared with love was a selfless act.

A person dear to all of us would gently remind us to “think globally, but act locally.” We followed his philosophy in the kitchen, making sure the vegetables, fruits and grains we used came from local farms and farmers’ markets.

So now whenever I see the familiar deep red-brown cover of Laurel’s Kitchen on my book shelf, it is a reminder that cooking is an act of love, a gift to share with friends and family. This is a timeless and important message to keep in mind during the holiday season.

The Joy IN Cooking:

My aunt (yes, that same one you have read about) gave me my first cookbook in 1986 when I was a young bride. The Joy of Cooking by Irma S. Rombauer and Marion Rombauer Becker became an indispensable part of my life. Those early days in Sacramento were lonely with my mother too far away for everyday advice. Phone calls to India were expensive and besides she had no access to a phone. My mother-in-law, Betty, was just a “long distance” phone call away, but at that time I was too shy to turn to her for advice. But Irma and Marion were right there in my kitchen, offering silent advice that I could follow as needed. Their advice came with no strings attached.

The Joy of Cooking was more than just recipes. I learned how to set a table and plan a menu.  Everything a new cook needed could be found in the 800-plus pages from boiling an egg to making puff paste (pate feuilletee) to creating the flakiest pie crusts.

Need a bittersweet chocolate frosting? Look no further than page 679. Recipes for cakes, icebox cookies and even cocktails could be found in this book.

The book is a little worn around the edges (like me) and the spine is held together with tape but that doesn’t really matter because the pale blue cookbook is as dear as an old friend. We have weathered a lot together.

Imagine my delight when I discovered that there was a new and updated edition of this beloved cookbook at a recent visit to the Rombauer Winery (The Joy of Wine). It was our thirty-third wedding anniversary and my husband wanted to buy the book for me and the saleswoman offered the book at a deep discount to as an anniversary gift. How could we refuse? An old companion has a new appearance and I look forward to getting to know this edition. I’m sure we’ll become best of friends soon.

A happy and nourishing Thanksgiving to all. I’m grateful to all my readers.

Feliks Krupa: The Heart and Soul of Patwin 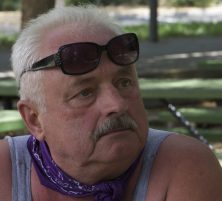 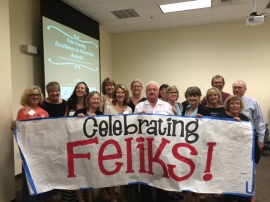 A life in purple, and service

“Feliks is the heart and soul of Patwin. A most remarkable man with a remarkable history, he will be missed by many and loved by all.”  ~~Kate Bowen, former Patwin teacher.

We met him on a hot August morning in 1999. My son, then a seven-year-old, and I were on an informal tour of Patwin Elementary School in west Davis. We had just moved to Davis and my son was intimidated by the size of his new school. We stood near the lunch tables, looking a little lost. Just then we heard a heavily accented voice singing, “Happy Friday to you! Happy Friday to you!”

My son looked up at me, “Doesn’t he know it’s Thursday?”

I shrugged and turned around and there he was, a neatly dressed man wearing a white hat.  He noticed us right away and came over. He held out a large meaty hand to my son, “Hello, my brother.”

He then turned to me, “Hello, my princess. You are new to Patwin?”

I nodded and said we were looking for the library. (The most important building in my mind).

And just like that I saw the tension go out of my son’s body. He stood up a little taller and with a bright look in his brown eyes, he followed Feliks down the steps to the library (which was the most beautiful welcoming room I had ever seen).

“Is he the principal?” my son asked me.

It was only much later I learned Feliks Krupa was the custodian at our school. This may have been his official job title but his unofficial one should have been “master of all.” He took care of everyone and everything. Need the MPR for sixth-grade Grad night? Talk to Feliks. Need help with moving a desk? Need a cleanup in a classroom? Call Feliks!

Former principal Mike Parker put it best, “Fortunately when I became principal of Patwin I was experienced enough to know who really runs the school… the secretaries and the custodian. It didn’t take me long to realize the school had a custodian extraordinaire!  Felix’s “ hello my darlings” amazing whistled, morning greetings and ability to make all kids feel special and noticed helped me start each day with a smile knowing we were in good hands. Thanks Feliks- you will always be my favorite custodian.”

Over the next few years I watched Feliks interact with staff and students and he was a one-man welcome party. Scared little boys and girls shook off their parents’ hands and ran to greet Feliks, forgetting to be nervous. He brought his unique brand of humor to every situation.

Perhaps it was his upbringing in Poland or the fact he spent time in a prison for his support of the Solidarity labor unions along with the charismatic Polish activist Lech Walesa that was partly responsible for making Feliks so perfect for his job at Patwin.

Current Patwin principal, Gay Bourguignon added, “Feliks has always been more than a custodian. He had made students and families feel welcome at Patwin. He has brightened all our days with his cheerful greetings and caring ways. Feliks is our eyes and ears keeping our campus safe. He knows when a student or staff member is struggling and gives them a little extra TLC. By my count, he has touched the lives of over 10,000 students during his tenure at Patwin. He has trained at least seven principals! I have so appreciated all he has done to help me and take care of our school community.”

Keeping Patwinners safe was his primary objective. With that in mind, Feliks was responsible for setting up the “peanut-free” table at lunch and I have no doubt this was one of the reasons my son never had an allergic reaction while attending Patwin.

There are probably 10,000 stories about Feliks floating around the Patwin community. Here’s one from teacher Sarbjit Nahal, “Our Thursday morning coffee dates discussing politics, telling jokes and teaching Feliks about filtering what he says are priceless moments I will always cherish in my life. If I was ever late for our Thursday morning coffee date, Feliks would send out an APB! I mean literally, I would get a phone call or text from my colleagues Tyshawn or Linda wondering where I was.”

Just as he has celebrated or commiserated with many of the staff and students, Patwin community has shared many celebrations with Feliks. There was his yearly birthday celebration in November where staff members (Kate Bowen and Suzanne Fortin Morgan) outdid themselves each year decorating the staff room in unique and colorful ways. We all waved the American flag when Feliks became a US citizen in 2000 and we were all worried when he was ill.

Feliks and I shared a love of good food. He always requested samosas for his birthdays. So teacher Sarbjit Nahal and I took turns bringing in the spicy Indian snack. Two years ago I made some Pierogis for his birthday. “They are just like what my mother used to make,” he told me, a kind and wonderful compliment. He was always giving me large jars of his favorite sauerkraut and so when I made a batch of the fermented cabbage dish, I of course had to share some with him.

We are the lucky to have had Feliks in our lives and I’m sorry generations of new Patwinners will never get to know him.

As former Patwin principal Michelle Flowers puts it, “Feliks was my protector. I knew he always had my back and that he deeply cared for ALL kids. He has a big voice and even bigger heart. Feliks is part of the heart of Patwin and while he will be deeply missed, I bet there will be lot of Feliks sightings. Love you Feliks!”

When I told my now-grown son that Feliks was retiring, he said, “Oh, that’s too bad. Patwin will never be the same.”

But I like to think years from now, a little boy or girl will sit on Feliks’ commemorative bench and run their fingers over his name and for a moment they will hear “hey brother or hi princess” in the soft breeze and feel an invisible hug from Feliks. The boy or girl will feel welcome and safe on that special black bench. Because after all you really can’t take Feliks out of Patwin, his booming voice and kindness are entrenched in those pale pastel walls.